Monitor patients from their home

With the population growth and an ever-ageing population in the country, care leaders have a need to transform the way that general practice is delivered across the UK.

With better technology and connectivity across all regions, curaguard is positioning itself to support General Practitioners to provide outstanding person-centered care whilst maximising patient contact efficiencies.

The curaguard™ Monitoring Platform gives tools to GP’s to enable and support them to monitor conditions that would otherwise require more intense use of resources. By monitoring patients in their own home, you, as the practitioner can regain better control of your practice whilst keeping an eye on your most “At Risk” patients, enabling them to receive adaptive care that meets their individual time sensitive needs.

With the ability to reduce overall footfall in the surgery, cross infection can be minimised ensuring that the most vulnerable in your community are safeguarded against unwitting transmission.

For those patients with mobility problems, lack of transport options, or mental health conditions who find it difficult to travel into the practice, our solution would enable those patients to continue to receive the care they would receive should they be able to attend surgery.

See the benefits of curaguard™ by requesting a demo today. 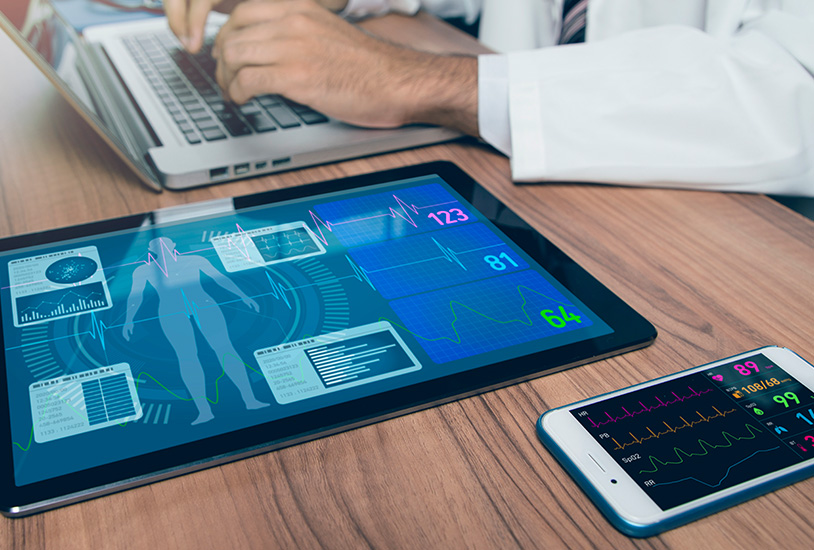 Damon is a 42-year-old male who lives alone, with few family connections. Damon is diabetic (Type 2) and is obese with a BMI of 35 and has Anxiety and Depression. Damon says that “on good days” he can leave the house and engage with the community around him but that this can change often and has problems attending appointments.
Read More

He has had several issues in the past with not attending appointments and as such not obtaining the support he needs at the time he needs it. Damon has difficulty managing his diet especially when he is having what he describes as “a bad day” and would like to receive help for this but gets confused with all the advice out there and is concerned that advice seems to change often.

Damon’s GP was growing increasingly concerned about Damon’s BM general health as he was admitted to hospital following a hypoglycemic attack and was found to not be managing his blood sugars or his diet appropriately. He was putting on weight and was now having difficulty walking long distances.

His GP, with the support from Curaguard, set up Damon on the Remote Monitoring Platform and used the Smart Mobile Phone available to Damon as a link between him and the surgery.

Damon was given a Bluetooth enabled BM machine and had an alert set up on his phone to remind him to take his readings twice daily. Damon was also given scales that measured his weight, BMI and body fat and this gave Damon a visual cue as to how well he was progressing. With the provision of a smart watch being given, Damon received notifications reminding him to exercise, monitored his sleep patterns along with his night breathing and sleep quality. The information gathered enabled the GP to identify a trend that when Damon was not managing his blood sugars correctly, his mood dipped and presented as changes in his sleep pattern, increased heart rate and reduced steps in the day. Damon was able to slowly reduce his Citalopram as his concordance with his BM checks increased and Damon was able to visualise the changes within the curaguard™ Portal. Damon was so proud of his improvements that he shared access to the portal with friends and family.

Curaguard offers individual safety, for any member, giving real time insight into health and activity metrics of any individual who requires additional support.

For providers of Domiciliary home care, the curaguard solution can support your mission to deliver great care within the persons own home

You are currently viewing curaguard™ UK