Wish My Dad had Curaguard

Losing a loved one is one of the more difficult challenges life has in store for us, especially when that loss comes out of the blue.

My father was 69 when he died, not a young man but not old either by today’s standards. He was not in the peak of physical health but neither, as far as we were aware, was he seriously ill. Dad had been suffering from a chest infection for a few weeks, his condition very gradually worsening as each day came and went. We believed this was just another illness that would keep him indoors for month or two while he recovered and there was no doubt in our minds that dad would recover.
His condition continued to worsen however and an emergency appointment was made with his doctor but early that same evening, he was admitted to hospital on the recommendation of his doctor with suspected renal failure. Despite the best efforts of a dedicated medical team, dad died a little under two months later, his passing attributed to pneumonia, which he had been suffering from for a number of months but remained undetected until just two weeks before his death. We couldn’t stop wondering what may have transpired if the pneumonia had been diagnosed earlier and asked his doctor for an opinion, which was affirmative: although dad was unlikely to have lived into advanced years, he would in all probability have survived this illness had he received treatment sooner. By the time my father was admitted to hospital, it was probably already too late to save his life but how could we possibly have known his health was failing so rapidly? There must have been signs, indicators, direct or indirect in nature, that could have told us his condition was worsening? It was too late to help my dad but I wanted to ensure that others could be spared the suffering of losing a loved one as we did, to ensure something could be made available to provide earlier warning of changes in a person’s health, to ensure people could remain at home with safety and security, in the knowledge that if they need help, a safety net would be there for them. CuraGuard is that network of safety.

The CuraGuard approach to remote monitoring 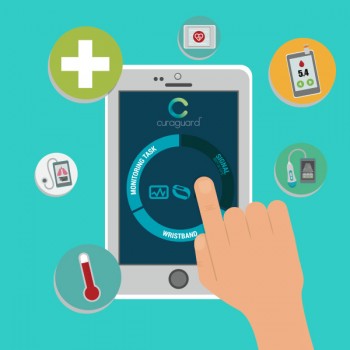 You are currently viewing curaguard™ UK